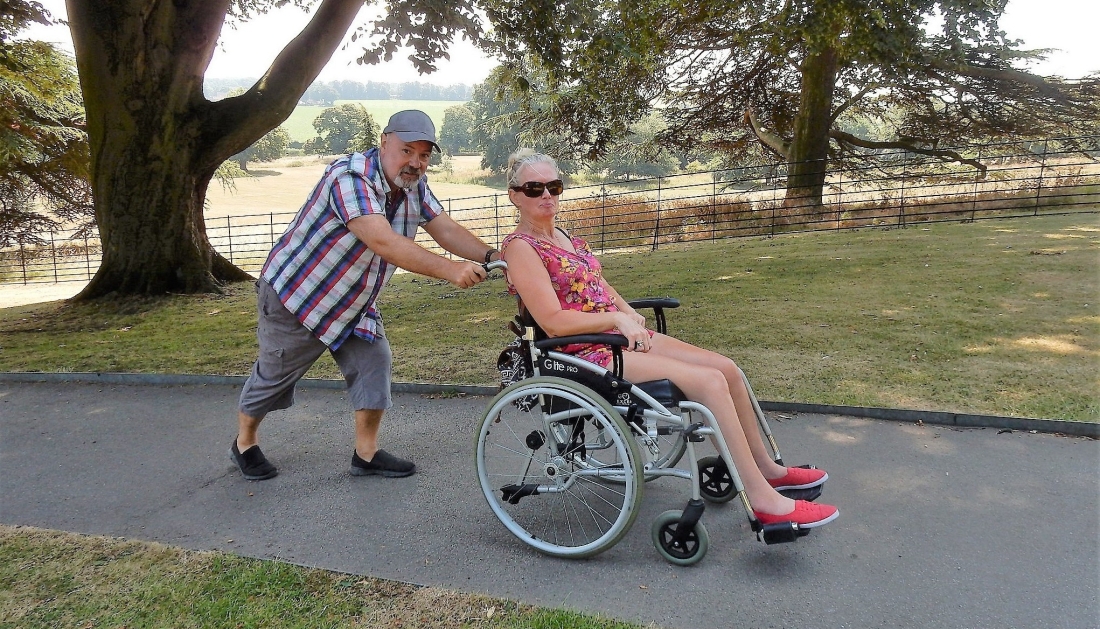 Venue: Cusworth Hall, the beautiful Grade I listed building set in acres of historic parkland with lakes, plantations and pleasure grounds with dramatic views across the town. Managed by Doncaster Council. 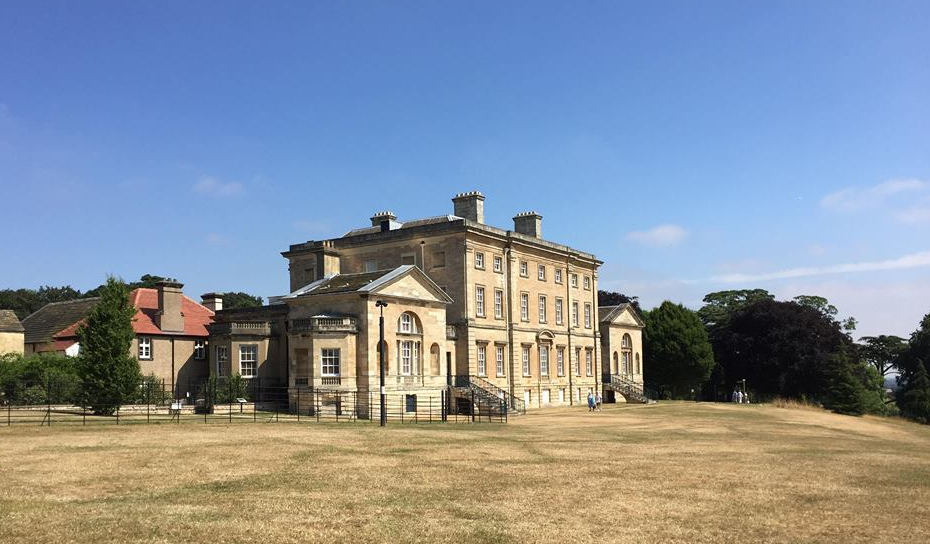 A vast cast of 32 carers, the people they care for and staff decanted from the coach from Doncaster city centre into a sun drenched rural scene no more than two or three miles away. Cusworth Hall, set in acres of parkland that include woods, lake and, significantly it would turn out, hills, was a splendid venue for Doncaster’s first ever Stepping Out walk.

With the grit and ambition that seems to characterise so many deeds among Yorkshiremen and women, a party over 20 strong decided to tackle the “long walk” of over 4 miles. Guided by a magnificent team from Doncaster Ramblers, they made a grassy descent down to the lake and then by footpaths and tracks to Sprotbrough before returning mainly along the Trans Pennine Trail.

Among these adventurers was Sandra Wordsworth, 62 from Conisbrough, who has a metal plate and screws in her right leg from two successive falls a few years ago. Despite walking with a stick, she was keen to give it a go. “I’ve always loved walking. We haven’t got a car so my husband and I walk to the bus stop every day into town. I thought it was lovely to walk in the country this time. I thought I’ll give it a try.”

An even greater number of people took the short walk option, which began with John Garbutt discovering a bird’s nest in a wall. He was good at this sort of thing. Only the day before he’d caught sight of three oyster catchers on a golf course in Armthorpe. His daughter Julie, runs the Doncaster Carers Centre, along with her dad and mum Irene, which has become a haven for carers and the people they care for.

Valerie O’Donoghue, 82, met Dennis Wordsworth, 93, there at one of the carers’ coffee mornings following the loss of their respective partners. “We met across a crowded room. I kept having these little peeps,” said Valerie. “Now we’re together and it’s a new lease of life. We’re very happy and very lucky.”

Likewise guided by the Doncaster Ramblers who had recce’d the route in advance, the short walk expedition came back safely. One splinter group set off under the aegis of a Rambler, a descendant of the Vikings it turned out, on a special mission. Not, in this instance, pillaging but photographing the resplendent water lillies.

Lunch was served on the terrace and there was quite a long wait for the return of last of the valiant four-milers. Much of the group were on pudding by the time word reached us by bush telegraph that Sandra was on the last lap up the hill. As she emerged through the trees, accompanied by her – by now – personal Rambler, the whole crowd burst into spontaneous applause. She waved her stick in salute.

“I think it’s the longest walk I’ve done for ten years,” she said later. “We’ve got two adult children with learning disabilities that we look after at home so it’s not easy to find time to go out to do anything. Life’s a bit hectic. And then about eight years ago I had a bad fall down a set of concrete steps which meant I had to wear a pot from my foot up to my waist. I was in hospital in Rotherham for 17 days and then housebound for three months. A couple of years after that I fell down the stairs at home and rebroke the same leg. That’s when they put in the metal plate.

“It was lovely when everyone clapped me. I’m glad I did it. But I think I’ll do the short walk next time.”

Happy Sunday! . Where will you be walking today? 🚶‍♀️ . This beautiful shot was captured by Sue Mott in 2019, isn’t it stunning? 🙏 . . . . #hopecove #devon #bliss #scenicview #walking #lovewalking #january2020 #thisprettyengland
2019 has been a brilliant year for Stepping Out and as we reflect on our walks this year, we’re busy planning new walks in 2020. . We will continue to share our 2019 walks with you throughout January. HAPPY NEW YEAR to all our carers and those they care for. #happynewyear #newyearseve #newyear
One of our glorious walks earlier in 2019 took us to Bedgebury Pinetum in Kent. . A huge thanks to @forestryengland for an unforgettable day for all our carers - such a special place. . #bedgebury #pinetum #bedgeburypinetum #kent #steppingout #carersstepout
It’s been such an amazing year for Stepping Out and our sociable walks in beautiful locations. We would like to thank @englishheritage for working with us this year. We all had such a brilliant day at Walmer Castle in October. 🙏